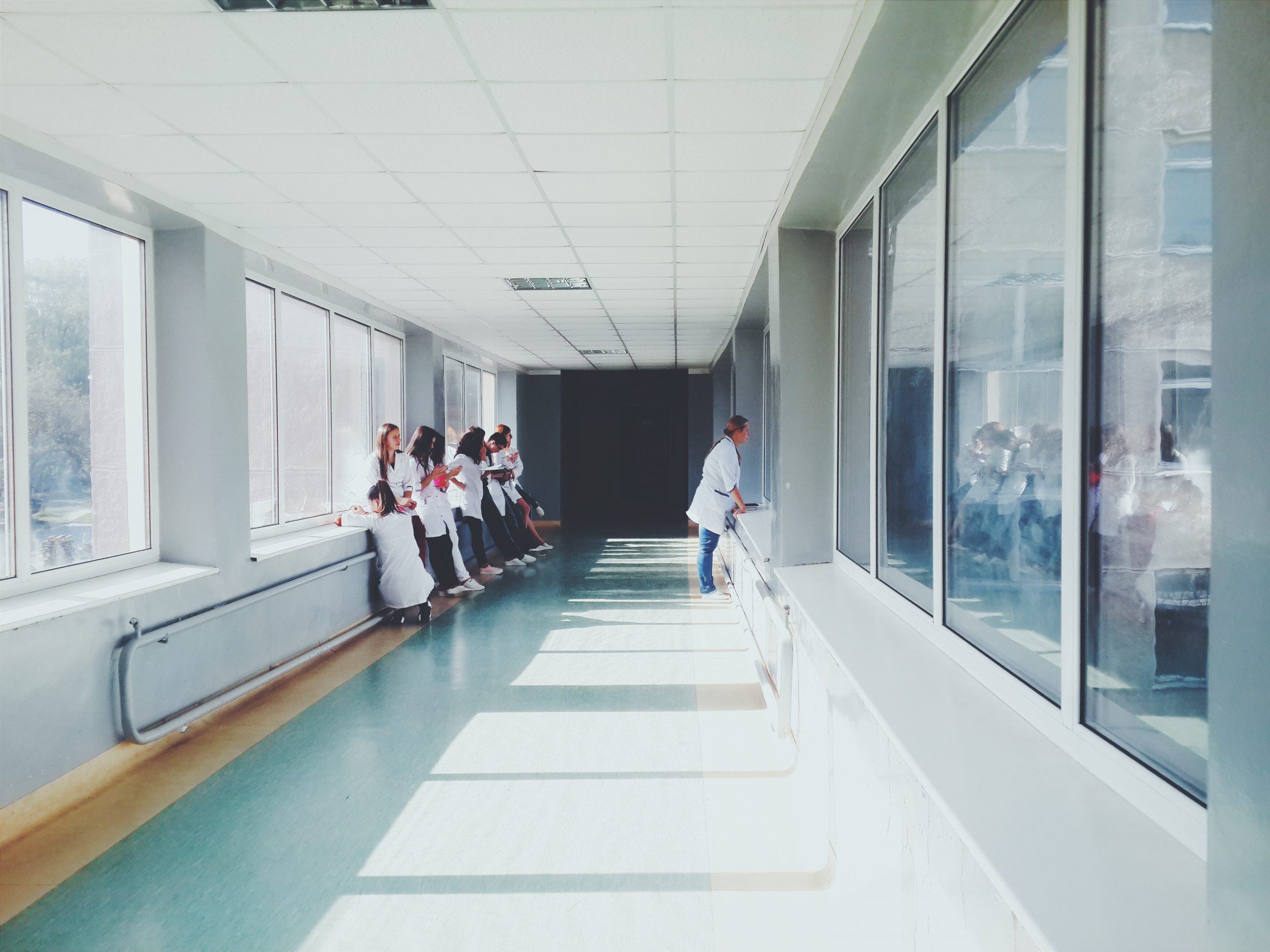 I projected to 100 – 125 years into the future to examine the state of medical technology. After a brief period of unconsciousness, I found my invisible astral body hovering above a single story sprawling series of white buildings with silver highlights in a nicely landscaped campus. I assumed it was a sunny, warm day by the various late Spring / early Summer signs I spied from the scenery. Of course, my Astral body was insensitive to temperature. This little disability came in handy, though, when traveling the galaxy, visiting Antarctica, or flying through the Sun!

Vehicles of a kind were parked below. They were all identical in construction, with a very slim body large enough only for two passengers side by side. At first I thought they were windowless, but on closer inspection I noticed the sides and the roofs were semi-transparent. When the sun shone they darkened, but in the shade they became more transparent. The colors on display were a dark blue, silver, and black. Each had an identical logo on the doors which slid forward and back rather than outwards. Based on all these factors, I assumed they were probably owned by the medical center rather than by individuals.

As I flew closer, I noticed the walls and roofs seemed to move as if fluid, chasing the sun’s rays as they moved across the buildings. To my astral eyes it looked like the walls and roofs were moving like a thick fluid in a hard wind. I assumed this was an example of a future energy saving technology that was well-beyond my ability to understand. I could’ve spent more time observing this curious phenomena, but the purpose of my visit could only be achieved inside.

Rather than just flying through a wall, I decided to follow behind a patient as she entered the largest building. I almost bumped into her, as she unexpectedly stopped and waited just inside the entrance. Here, she appeared to be scanned in, with a complete medical history briefly cast as a hologram in front of her. Confirming its accuracy, she selected a hovering Agree button in green before her. Though reading is always difficult in the Astral, I saw the words blood plasma and serum along with bio-implant. From this clue I assumed that implants in her blood must be monitoring her health and broadcasting all necessary data to the medical computer system.

Once inside the clean and sterile-looking facility, I noticed something peculiar. There appeared to be very few medical personnel walking about in their characteristic scrubs and/or lab coat clothing. Mostly, I saw patients following various glowing walls leading them to rooms occupied by only high-tech looking equipment. My patient began to follow her own glowing wall without so much as checking in with a human receptionist. I had a feeling she was getting verbal instructions as well, but I couldn’t perceive any visible apparatus that might be transmitting such to her.

Inside her first room she changed out of her street clothes into a floor length gown with a spider web of circuitry flowing throughout. Feeling a little sheepish, I remained outside as she changed. However, as she walked following her glowing wall panels the loose gown became more like a second skin, clinging to her body tightly. I didn’t witness her pressing any buttons to initiate the change, so it may have been activated automatically by body temperature or other means.

When my patient arrived at her destination she hesitated for a moment once again, as if receiving instructions that I couldn’t discern. Her invisible conference complete, she seated herself in a chair and pulled an arm of the device towards her securing herself within. The chair slowly reclined, and a holographic depiction of her brain appeared above. I immediately noticed an odd web that covered the entirety of her brain. I thought back to my experience in the same time frame where I learned of tsunami preparations and universal internet web brain implants. Perhaps this brain implant explained why it appeared to me she was receiving silent communication as I followed her throughout the futuristic medical facility.

Clearly, the images I was seeing of her brain and the implant were above my poor level of understanding. However, I believe that various areas were being tested as the holographic net blinked alternately in various sectors of her brain. I could see my patient reacting visibly and at times emotionally as areas of the brain underwent stimulation. By this demonstration I came to the conclusion that the implant wasn’t just a universal internet communication device, but perhaps a medical scanner and a brain stimulator as well!

After about a 20 minute procedure, I could feel my Astral Cord begin to signal that my time in this future was short. In a whirl of movement, I awoke back in my present physical body.

Reliving an Alien Past Life